Home/Posts/Ushering in the New Age of Model Generation Tasks with DriveWorks 19
By: Paul Gimbel   October 14, 2021

There is never a shortage of things to discuss with introducing a new major release of DriveWorks, and even minor releases, like DriveWorks 19 Service Pack 1, introducing a host of improvements. The new functionality has changed how we approach automation since several cornerstones of the DriveWorks’ methods are no longer static. 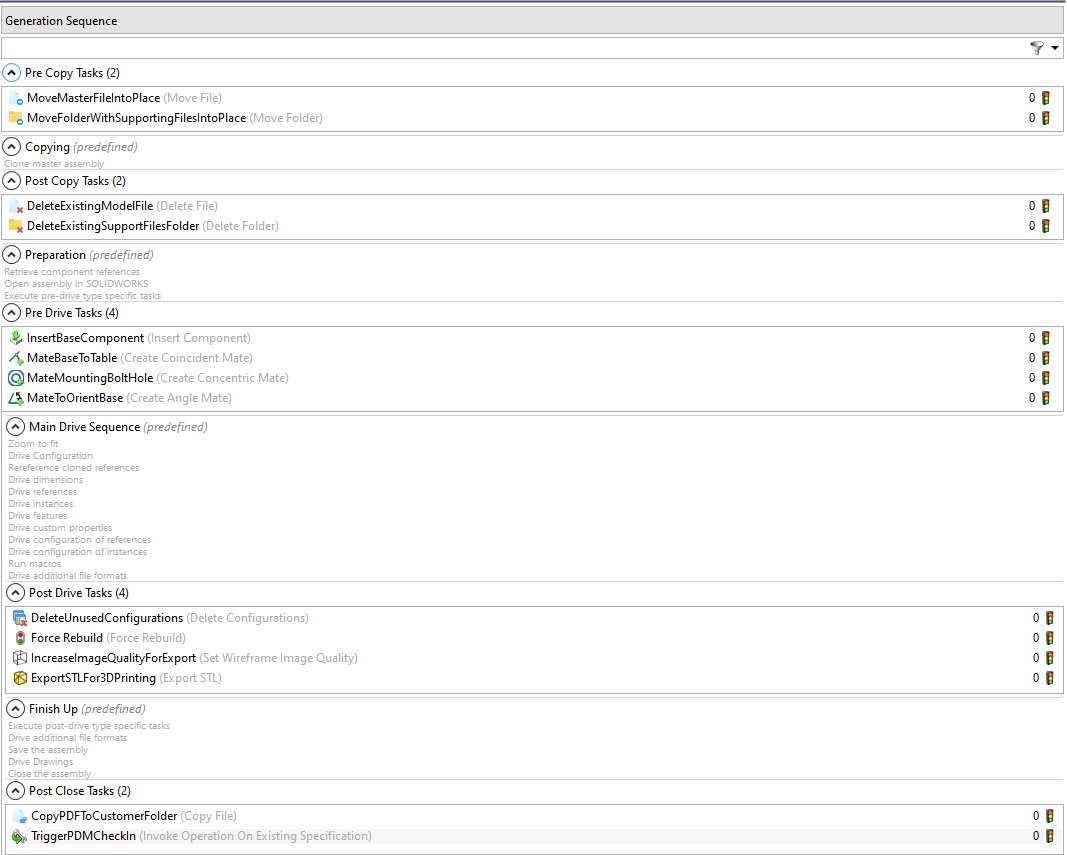 The Post Copy sequence allows you to access the environment once the master has been cloned, but before the assembly is opened in SOLIDWORKS. This allows you to further prepare the master or any supporting files, to modify global SOLIDWORKS settings, and prepare SOLIDWORKS for the model generation. Pre Copy and Post Copy tasks will also allow users to better handle model regeneration, as individual aspects of the generation can be managed, especially when PDM is involved.

Post Close allows you to continue to work with the model generation, once the files have been saved, additional file formats exported, and the files closed. This is the time when you know the files are completed and ready to go, but until this time, we have had to rely on secondary mechanisms, like triggered actions and Autopilot connectors, to further any processing. Now, we can have file management tasks, like copying the completed files, renaming, and working with PDM, triggered by the model generation itself.

Which brings us to the second reason why this functionality is set to revolutionize DriveWorks. It is important to understand that you have a limited number of model generation tasks that can be implemented in the Pre Copy, Post Copy, and Post Close generation sequences. Any task that requires having a SOLIDWORKS document or SOLIDWORKS open would not be possible, because we cannot guarantee that those conditions will exist (in fact they will most certainly not exist in many cases). But what we do have, with Post Close, is access to two new model generation tasks, Invoke Operation, and Invoke Transition on Existing Specification.

One concept that has always been difficult for DriveWorks users to grasp has been the idea that model generation and specification processing are two completely separate environments that will not happen at the same time, will most likely happen on two separate machines, and cannot interact with one another. Those secondary mechanisms, like Triggered Actions and Autopilot Connectors, were used to monitor the environment to see when model generation would finish, so that it could trigger a specification processing event. Those mechanisms are no longer necessary, as model generations can now trigger those events directly.